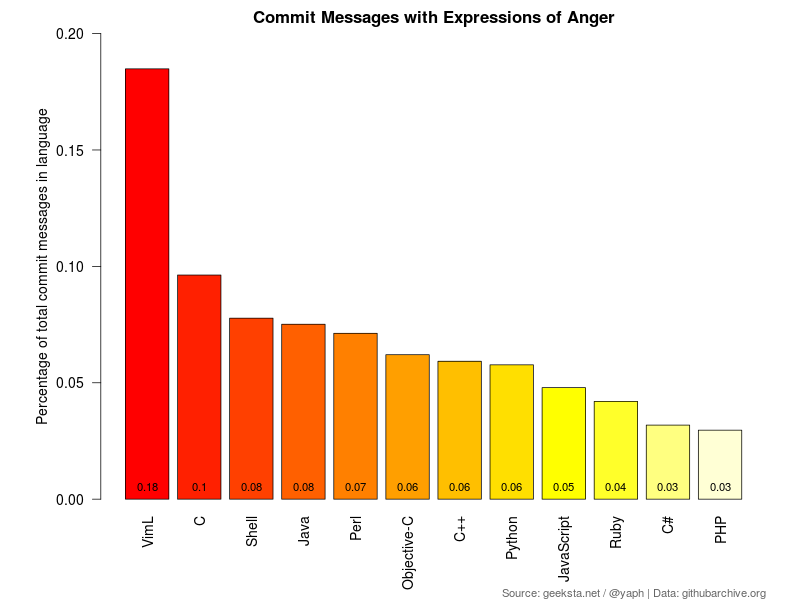 Expressions of Emotions in Commit Messages

An exploration of expressions of emotions, issues and swearing in GitHub commit messages based on data from the GitHub Archive.

An article describing how I automated the creation of social media images for two websites with graphics rendered in JavaScript by using screenshots.

Installing and Setting up Python on Shared Hosting

This tutorial outlines the steps of installing and setting up Python on a shared hosting platform and how to enable the creation of virtual environments.

Everything is 4 in English Network Graph

When you take any word in English and count its letters, then count the number of letters in that numeral and so on, you'll end up at 4.

Almost every 3rd Monacan is a Millionaire

According to research from WealthInsight these are the world's top 20 cities with the highest millionaire density. Monaco leads the pack followed by Zurich and Geneva.

A review of the Python Data Science Handbook, which covers IPython, NumPy, pandas, Matplotlib and machine learning with Scikit-Learn, and was written by Jake VanderPlas.

Free Image Search is a meta search engine for free images hosted on sites such as Flickr, Openclipart, Pixabay and Wikimedia Commons.

Search for best-selling and top-rated t-shirts in online shops such as Amazon, Redbubble, Teepublic and Zazzle.